This museum is one of the two branches under the Museum of Applied Arts and Sciences. Although it is often classified as a scientific museum, the museum has collections of different types spanning across transport, media, communication, decorative arts and steam engines. Having being in existence for more than 120 years, the museum is estimated to have 400,000 artefacts.

The entry fees charged differ. Adults are charged $15, NSW Seniors Cardholders pension and concessions are required to pay $8 admission fees and student cardholders pay $8. For children below 16 years, entry is free. The same goes for Members of Museums Australia Inc. and Members of International Council of Museums. Discounts are offered to groups of at least 10 people.

How to Get to Powerhouse Museum

Located at 500 Harris St. Ultimo Road, the Powerhouse Museum is in close proximity to the Central Station of the Sydney Terminal, Darling Harbor, Broadway Bus Station (Railway Square), Chinatown and Exhibition Centre Sydney Light Railway Station. Once you alight at any of these places, it’s only a short walk to the museum. For those coming by private means, there are a number of parking spaces available. These include Harbourside Car Park and Novotel Sydney Central Car Park.

Top Things to Do at Powerhouse Museum

This museum houses some of the most unique exhibitions among others. Here’s what you should look out for:

The most amazing thing about this particular exhibition is that mostly, the engines are fully operational, and demonstrations using steam power are conducted. The collections in this exhibition feature steam engines, traction engines and locomotives dating back to 1770’s to 1930’s. Items bound to impress include the Ransom and Jeffrey’s Agricultural Engine, 1830’s Maudslay Engine and Broken Hill Fire Brigade’s Horse Haggard Pump Engine.

It focuses on the issues affecting the environment, and particularly touches on challenges, including human impact and how their effects can be stopped using technology or other means. You will be able to visit the ecohouse where you can toggle light variables and see what effects they have on the environment. There’s a tree dating back to the 18th century, with the time line marked on the rings.

The exhibition looks at the evolution of transport throughout the years. You will find a steam locomotive that was functional for 87 years and which also happens to be the oldest locomotive in Australia. There’s also the Governor of New South Wales railway carriage dating back to the late 1800’s and the original Central Railway Destination Board. The last Hamson Cab in Sydney, a collection of bikes, a horse-drawn bus, suspended airplanes and a Queensair Scout, the first flying doctor service plane.

This is a great exhibition for young children as it contains interactive displays of motion, electric, senses, magnetism and light. These include a full sized model of fire truck front, a machine that explains the process of making chocolate and a hand powered model railway.

The Powerhouse Museum has housed a good number of epic exhibitions since its opening. The most common ones were based on cinema franchises, arts and the Australian culture. Past exhibitions that were a hit include Diana: A Celebration, Kylie: An Exhibition, Audrey Hepburn, and Harry Potter: The Exhibition, Christine Dior Exhibition, Star Trek, Lord of the Rings and Treasures of Palestine.

Opened in 2006, the Powerhouse Discovery Centre displays some of the museum’s items that were initially in storage. Located in Castle Hill, items bound to impress include a spare wheel from Bluebird, part of the post from HMS Victory, the car driven by Donald Campbell when he broke the world land speed record in 1960, and Nelson’s flagship at the Battle of Trafalgar.

As you can see, the Powerhouse Museum is a great place to spend the day with your family. There are a whole lot of things that you can discover here so visit us now! 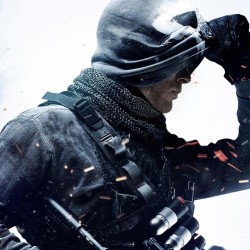